The haunting experience of returning to ones homeland from where you were once cast away.

The icy wind cut like a sharp knife, tossing the orange, rust and brown leaves like confetti into the meandering Jhelum. The stark branches of the chinar trees clawed at the sky, slowly getting denuded of their gold and rust mantle by the howling wind. I walked along the Bund, deep in thought. I was returning after fifteen long years.

So much had changed but so much was just the same. The howling wind was the same as it was years ago when I walked along the Bund for my tuition classes. The same trees and the same river had given me company on my lonely walk. 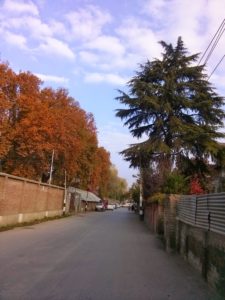 I had to go daily for my physics tuition and this was my route. Time and circumstances had changed everything. The guns of the terrorists and the tacit support of the locals had driven us out of our homes twenty-five years ago. We were forced out of our homes and many of us had lost our kith and kin as well as all that we owned.

Now some of us were back. Some new faces, some old faces, it was like a dream. I left as a young man and here I was back as a middle-aged man. I tightened my jacket around my torso, the wind seemed to be mocking me and welcoming me at the same time. It was strange to be walking the same route. I loved every minute of it.

I did not have much hair left on my head to be tossed around with this wind, as it was in my youth. Though my mind was crowded with bitter-sweet memories, it was nice to be back. I had to get rid of my bitterness. It had been a week since I was back and the events unfolded themselves in my mind as I walked along the Bund with the howling icy wind.

Many of the beautiful old buildings had been replaced by ugly concrete structures. Myriads of the chinar trees had died and some of them still had their ugly stumps bearing mute testimony to all that had happened in my beautiful vale. Instead of the clean, quiet flow of the river, there was now just a muddy trickle littered with plastic bags. How pained was the river with the destruction of paradise!

Further ahead there seemed to be more water and less rubbish. There was still hope. People were walking by in their loose phirans holding kangris looking like abnormally pregnant women. I could not help staring at them.

Time had frozen for me.

I had come back to Srinagar after so long. Things were finally getting back to normal and some of the Hindus who had fled were returning to the ashes that were their homes. Most of the Hindu Kashmiri families had opted out of going back to the valley but those families who were still in refugee camps for several long years were returning. Despite lofty promises by the state and central governments, most of us have had to rebuild on our own. Many of our homes had been occupied by others and it was no easy task getting our properties back. Still, it was better than the hot hell of the plains we had suffered for so many years.

The icy howling wind felt like a long lost friend. The familiar cold embrace was more comforting than the hot summer winds of the plains.

I entered the main gate of the building which was once “home”. The apple tree had grown old and weary like me. “No fruits on this one,” I thought. The chinar had grown tall and majestic, its branches shading the burnt-out roof of the building. The first floor was completely charred and it would take a lot to rebuild it. Of course, it could never be the same.

My youth had been robbed and I had lost some of my dearest family. The neighbours looked curiously as I walked in the neglected and overgrown garden. 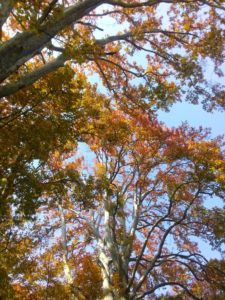 “Varrey path?” I heard an old face calling me peering from her window.

I stared deeply at her face to ascertain who it was that was enquiring about my well-being. Bitterness overcame me.

Where was she when we were being hounded from our homes?

Why did she not scream and help when they were burning and looting us?

Now she asks of our well-being?

I checked my thoughts and tried thinking logically. After all, what could she have done?

They came with guns and bombs. “Jihad” and “kafir” were the cries on their lips. They came in the guise of liberators and pretended to be well-wishers performing their “duty”. They posed to be surgeons who had to cut off the Hindu part of the body of Kashmir so that she could be “free and liberated”.

What could this woman do alone?

Even though she saw through their guise, she was not strong enough to raise her voice. All her people were overcome by this madness and thought, like the Nazis – that exterminating a particular religion would bring prosperity and peace to the region.

Did they not learn from history?

Swayed by the enemies of the nation these people were playing into the hands of the very people who wanted India destroyed. They themselves could not sustain their nation on the basis of Islam. How did they expect to bring “great prosperity” to their Muslim brethren in Kashmir when themselves they were riddled by poverty, superstition and bigotry?

I was jolted back to the present when the woman asked again as to how I was.

“How are you?” I asked, recognizing her.

She was Zainab bibi. Our kindly neighbour, who always sent us lovely kebabs and rice during Muslim festivals. She also always looked after our garden and plants when we were away for winters in Delhi.

“Oh, I am fine” she answered, “as fine as a person can be when she sees her neighbours being looted and destroyed by her people,” her lips trembled and she broke down.

She went away inside and came down to where I was standing.

“Please, do compose yourself. There was nothing you could have done and the madness had overtaken everyone. No one would have heeded you anyway in the insanity and your life would have been in danger,” I comforted her.

Between sobs, she enquired about the rest of my family. I asked her to walk with me in the neglected grounds of our erstwhile home and she rattled off about all that happened in the last twenty-five years. There was a chill in the air and the dry leaves of the chinar trees were dancing about.

“Why don’t you come in for a cup of hot tea?” she offered. “You will also see Bilal and his children.”

“No thank you,” I said. “Not today. I shall certainly come when I am next here”.

She went back home and I walked through the dead leaves. The charred beams of the upper floor stared down at me. There was a lot to be done. The rebuilding of homes, relationships, our minds and our souls. A lot had to be remembered and a lot to be forgotten, so that my valley could again be the paradise it was.

I remember climbing up the Shankaracharya Hill, the sound of the bell faintly in the distance. The view of the Dal lake and the city were magnificent. In summer, the hillside was covered by the bushes of the golden broom (Spartium junceum), bright patches of gorgeous golden yellow flowers. Coveys of red-legged partridges used to fly downward, disturbed by my presence. As I approached the summit, there was a long climb of stairs ahead of me. The strains of the aarti and cymbals were now clearly audible. The sound of the shankh resounded.

Will those days ever come back?

The festival of the Kheerbhawani mandir, the evening aarti of the Hanuman mandir on the banks of the Jhelum river, adjacent to the Amirakadal bridge.

I longed for them.

The fabric of Kashmir which had become dull and monotone would now again become vibrant in the colours of different communities and religions interwoven together like an intricate fabric with lively patterns, I imagined. No longer would the only fires burnt by the Hindus be pyres but they would be the fires burning in their hearths cooking delicious koftas and saffron puddings, whose rich fragrance would entice passers-by.

I walked along the Bund in the icy wind, the leaves of the chinars dancing around my face and feet, with a smile on my face. The last smouldering glow of the setting sun bathed my grey hair in their golden light.

Deepak Badhwar joined his father's concern in 1978 after completing his graduation in Srinagar. He started studying the Kashmiri carpet in detail and got into commissioning fine carpets in Srinagar for his company. His keen interest in Indian Art, culminated in him delving deep into Kashmiri Arts. The interest reached its zenith in 2006 when he got a pure pashmina carpet made by a master craftsman. This was a revival of sorts after the reign of Maharaja Ranjit Singh when pashmina carpets were made for the influential people of that time. In 2015 the first Pashmina shawl was created in kaani with pure zari from Varanasi. Deepak has also delved into the revival of Kangra and Basohli Miniature paintings where he is getting work done in the traditional methods of Hindu deities.